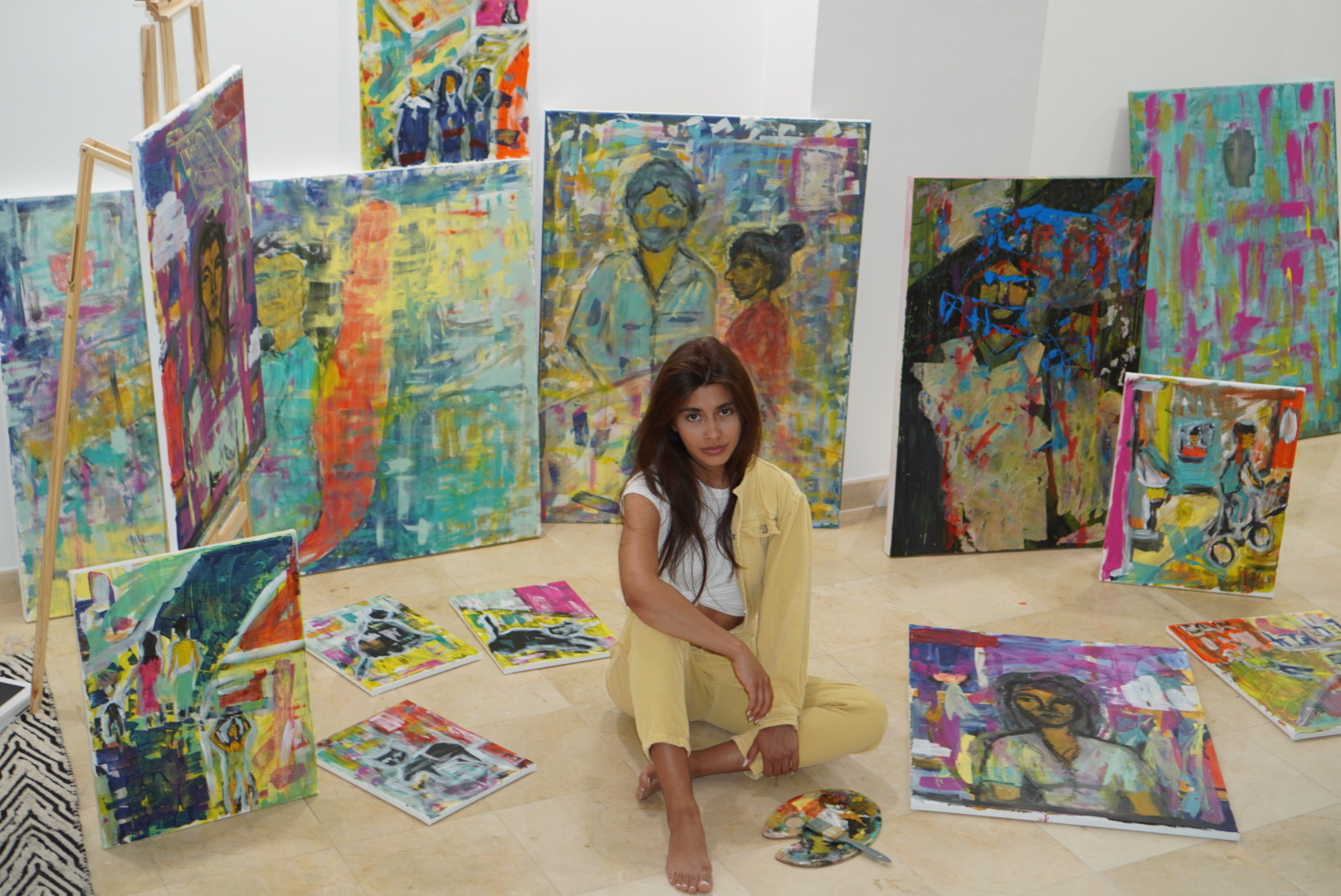 Oriana was born in Venezuela in Mérida state 23 years ago.

From an early age, she felt the artistic passion taking her to paint on improvised canvases with remains of wood from her grandfather’s buildings, but also by singing and having the certainty of feeling her art as a wave, a taste, and a way of living life.

She remembers and identifies her beginnings in painting away in her childhood, when she improvised canvases to paint, just as her naturalness impelled her. To the surprise of many, she sold her inspirations and even received ice cream in exchange for them, a prize for that moment.

It should be mentioned that it was her grandfather who saw her potential and bought her all the collection she had failed to sell among her neighbors.

This is how, letting herself be carried away by her creative inclination, she has gone through periods of creation in different areas. She always had the concern to make with her hands unique and unrepeatable pieces in sewing and intervention in garments, in a totally self-taught way.

He has also dabbled in singing, with jovial rhythm in his interpretation in “La cama”, and highlights with deeper messages as in “Zombie”, where he ventures into English.

On the other hand, since her childhood, she had a penchant for the fine arts, which led her to study Art History at the University of the Andes.

Then, driven by her search for knowledge and experiences, she leaves her beloved Venezuela for Argentina to follow Miami.

Currently, she continues to live in Miami and under the pressure of isolation brought by the pandemic that we are going through, she has seen her muse revive and has turned her confinement into creation with her own unique style.

It should be noted that, when she felt the imminent isolation, she took all the tools to make it more bearable. Thanks to this she has taken advantage of the arrival of a wave of creation that already has numerous paintings in which she discovers her inclination for expressionism and that seems not to stop while letting herself be carried away by the artistic rapture.

It should also be mentioned that she confesses to be a fervent fan of Salvador Dalí and, like him, she has identified her muse in her sentimental partner.

She confesses that when she paints a male model she always ends up identifying in her journey the image she keeps in her mind.

Moreover, she finds it wonderful and at the same time is amazed at the way she manages to identify in her works, qualities, and feelings that she did not intend to capture, Simply as an artist she lets herself be carried from the outside into the interior of each work and unintentionally she sees herself reflected in them.

We can mention among her extensive works “Soledad”, to feel freedom or as alone as herself, “Detrás de los sueños” the place where she is lost, the collection “Carácter e independencia”, which has as protagonist her beloved cat Luna, or the set of two paintings “Nietas”, shows how she feels, and even smells the nostalgia of her home and all her affections, there she tells how strange and dreams about her grandmother.

Originamand is already a distinctive brand in original, certified jackets, transformed into NFT.

These are pieces intervened by Oriana in her particular view of art and that is part of this new economic model.

In view of everything she has traveled, created, and lived at such a young age, Oriana says that she cannot know where her painting is going, but it seems obvious that she is going far away.

As long as she remains in her inspiration and lets herself be carried away by her particular way of making catharsis of the world and moment that has given her life, this Venezuelan will go as far as she wants.