Bajro: A Different and Fresh Style in Reggaetón 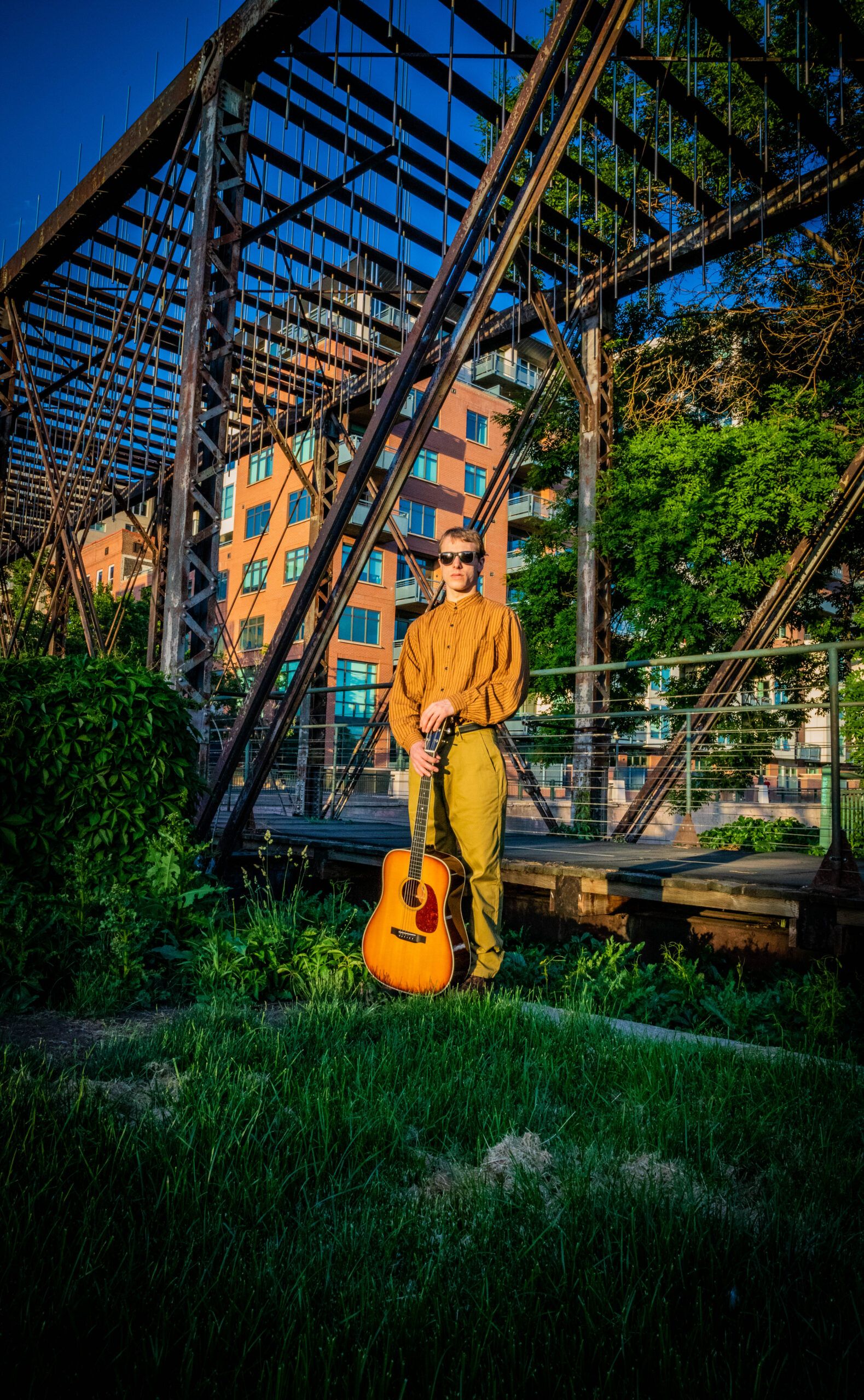 Before he made his way to Denver, instrumentalist Royce DeZorzi and his acoustic guitar played their way through western Colorado one coffee shop, brew pub, farmers’ market and community festival at a time.

But it was in Denver that he, as he says, grew up as an adult and got serious about his music. So it’s no surprise that his debut album as a professional musician should be named Denver with a title track of “Denver.”

Even though he says he never quite found his place there, “It’s been a really loving home to me for several years.” It was a place where he found opportunity, a lot of people who guided him in the city’s music scene, a lot of people “who have seen me develop from not knowing what to do, and a lot of friends who helped me along the way.”

He moved to Los Angeles for a while, found nothing there that he could relate to, and moved back to Denver.

At the end of a long, tiring day, he was going to put down his guitar – left to him by a brother who passed away.

“At the end of the day, I was super tired. I was about to put the guitar down, and you know what I was thinking about? All of what we were just talking about with Denver, and the vibe of the city just channeled right through the music,” he said, “and that title track, the song ’Denver,’ that was just totally improvised on my brother’s guitar.”

Then, “it just felt important to name the album after the city, because that’s the theme that ran through.”

“When you’re playing,” he said, “you’re a conduit for something greater that is flowing through you.”

In the About section of his Spotify page, Royce has a quote from a Beach Sloth review: “Royce DeZorzi’s Denver is a conversation, one that is so reassuring with its crystal calm that it is easy to get lost in its very many charms.” Clearly, the conversation metaphor resonated with him.

The track titles on Denver evoke the idea of conversation – conversation between Royce and his guitar and his audience, conversation about somebody or some thing. For instance:

“Iron Shackle” – “I was in a negative relationship and let someone pull me down. So that was the iron shackle.”

“One for John” – An homage to John Fahey, John Hurt, John Cage, and John Lee Hooker.

“Buttercup” – “My mother named that one. She said that it made her think of fields of little flowers like buttercups.”

“Singing is very vulnerable, and I haven’t bridged that gap yet on recording, which I’m eager to do.” He has recorded his singing. He just hasn’t released any yet.

His songs are laid down in one track. He will re-record as the music, situation or feeling dictates, but every one of the 14 tracks is its own take. Denver is unmixed. The SoundCloud version has two additional tracks, and the Bandcamp download has bonus tracks, but all are one take. Denver, in whatever version, is unmixed.

It’s not that he is against electronics or mixing. An earlier version of Royce DeZorzi was heavily electric – various instruments and a lot of synthesizing. That period came when he stopped fingerpicking his way through Colorado farm country and formed a band called the New Freedom Movement, which produced an album called New Freedom Movement.

“I respect multi-tracking and computer production,” he said. “I do some things myself with samplers, but I haven’t done any of that on my own recordings yet, and I don’t plan to because that’s more of a toy for me.”

He returned to life as a solo, acoustic guitar, instrumental performer.

“I love just being straight to tape, straight from the guitar,” he said. “There’s nothing more pure. It feels like a breath of life or, you know, a breath of air or a glass of water, or like the growth of a flower.”

Nothing is fully improvised, he says, but it grows on what has come before. He expands on the flower metaphor.